I didn't get a chance to sit down to write about our day at the shop on Tuesday so today will be a day of two posts! How exciting, I know. 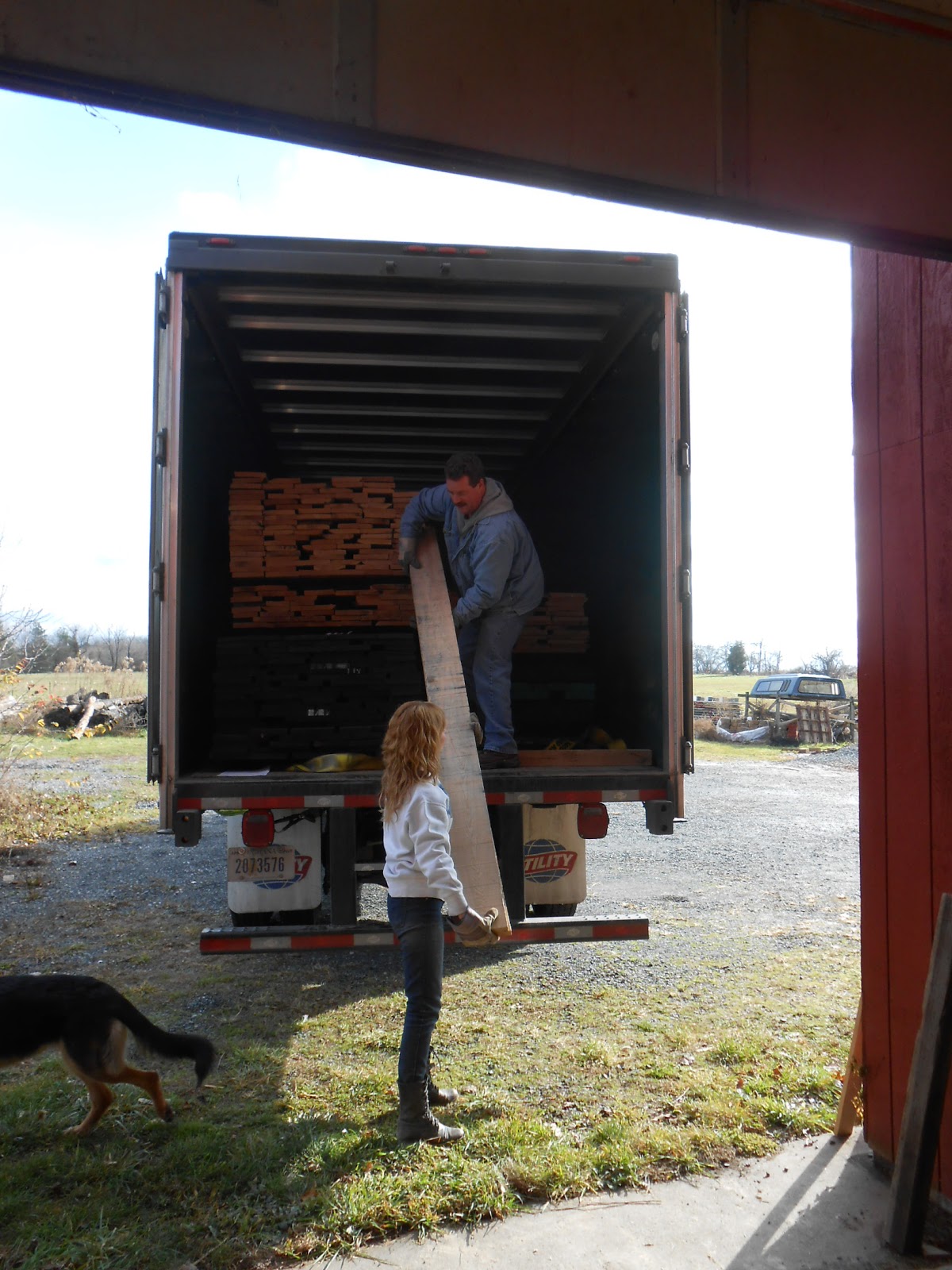 I should make sure to mention that the shop isn't usually open on Mondays so Tuesday is our Monday. After having class for six days last week, it was time to return to "normal" daily life around here. In the morning, we dug out some old pieces of equipment and reorganized a bit. Soon enough, though, our lumber shipment came in. I have never ordered nor received a lumber shipment before so this was, yet again, a first time event for me. A big truck with a back filled with wooden boards, backed up to the big door at the rear of the shop and a friendly driver handed us our load two boards at time.

I don't know the exact order but, I would guess that there were about 100 red oak boards and 10-20 walnut boards. Between the three of us, it didn't take too long to bring them all into the shop but, I will tell you that they were not light for a 5'4", 117lb young lady to carry around. I held my own though! I have sore arms today to prove it. 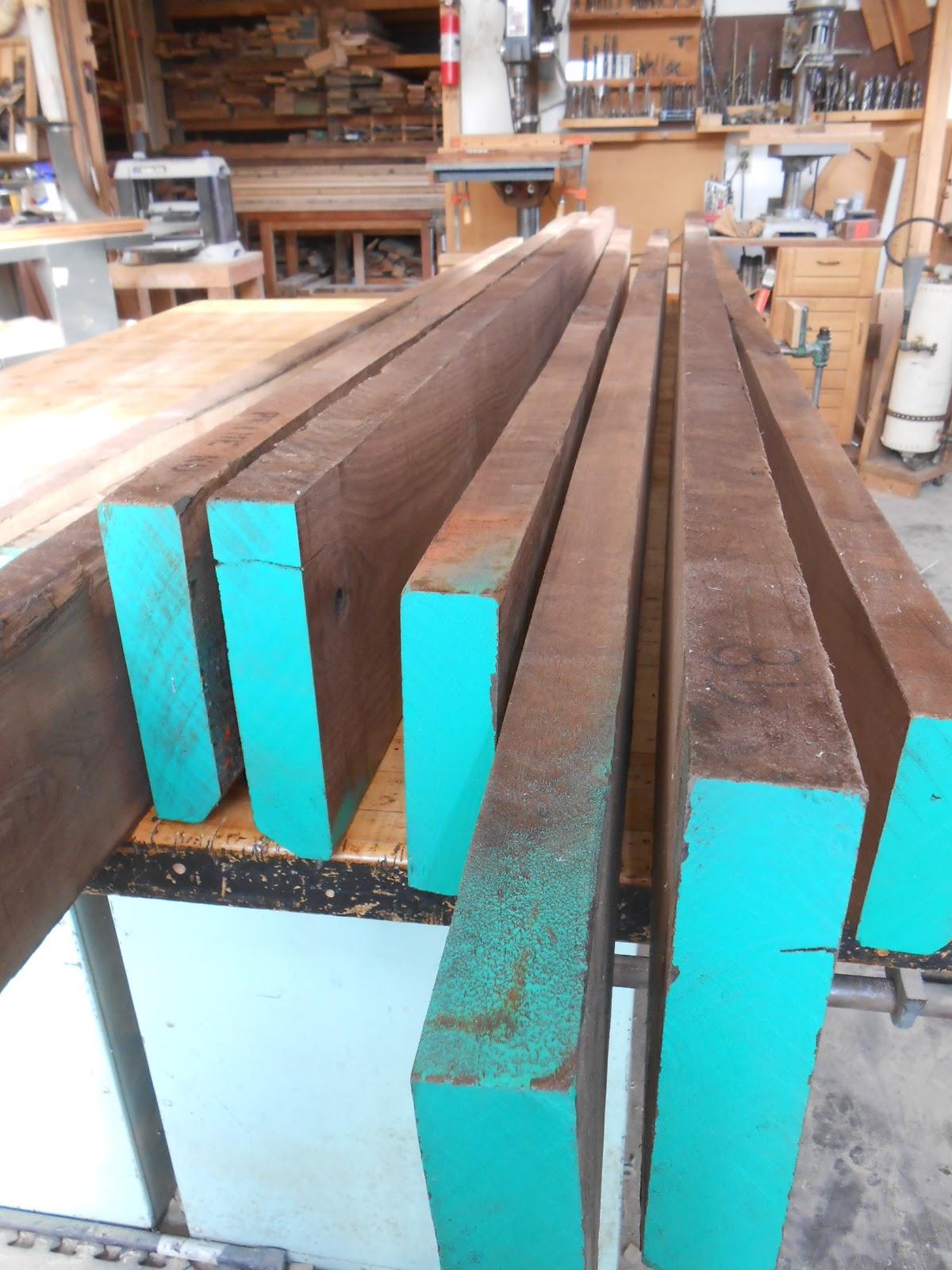 Here are some photos of the walnut boards. I took this picture because I learned a very important lesson about the drying of wood on Tuesday. Wood boards should be left to dry flat outside in the natural air for roughly a year for every inch of thickness. Then, it can be brought into a kiln to drop the moisture down a final few percentage points so the boards are useable knowing that they won't warp or expand/contract too much. Naturally, people don't want to wait years for their wood to dry, they want it immediately so that they can build what they please. Because of this demand, lumber companies have developed kilns that dry the wood at a far quicker pace but, the sacrifice is lost in the color and the ticks and breaks in the end grains. These walnut boards were dried in a speedy kiln and are much darker and grayer than the walnut that was dried naturally here on the property. 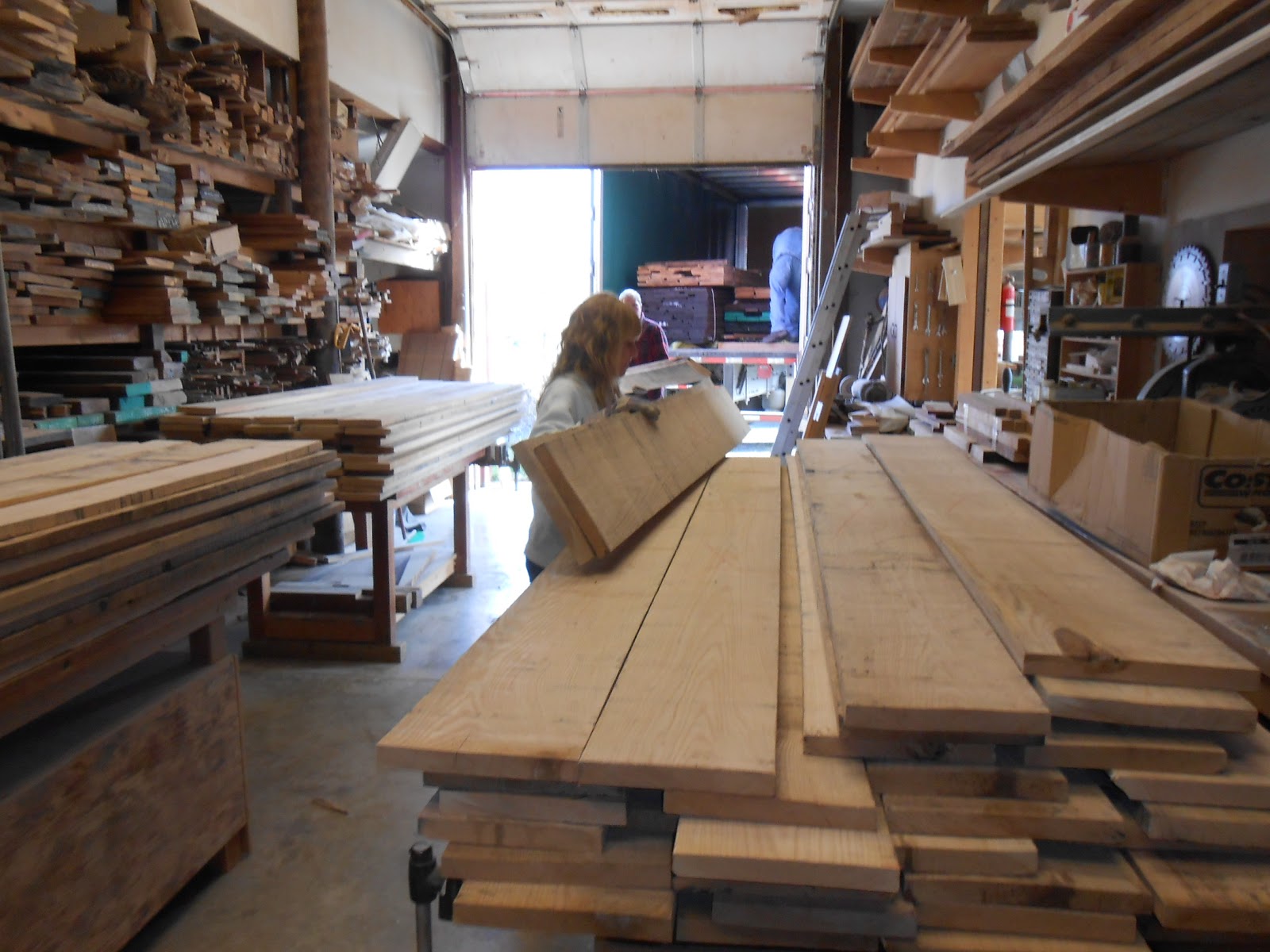 Back to the lumber delivery. As we took our two boards, we had to look at their width, straightness, and grain patterns in order to sort them. There red oak boards are destined to be made into tables by our next Practical Woodworking course in January. We had three tables; one for boards that would serve best as legs, one for boards that would make good table tops, and one for boards that would serve as skirt boards. Once all the boards were off the truck, Rob and I were responsible for the next step(s). We were to start with ten table top boards laid out on the biggest work bench. From there, we were to find a leg board that matched in color tone for each table top board and stack it on top of it's new mate. Next, the skirt boards, following the same general rule. Soon we had ten stacks of three boards each. Sigh of relief, I was finally done lifting and moving these heavy boards. NOT. We made twenty more piles of three so that we had the wood prepped and sorted for the next three classes. At this point, my arms were telling my brain that they quit but, my brain was telling them to drink a Diet Coke, wake up, and keep going. And, so I did. Rob and I continued as a team as we stacked these 90 boards on shelves eight-ish feet high on the wall to wait until our next class of students comes along to cut them up into table pieces. I hope at least one of you readers takes the Practical Woodworking course so that you can know how much thought, effort, and pain went into organizing the boards that will eventually become your tables. 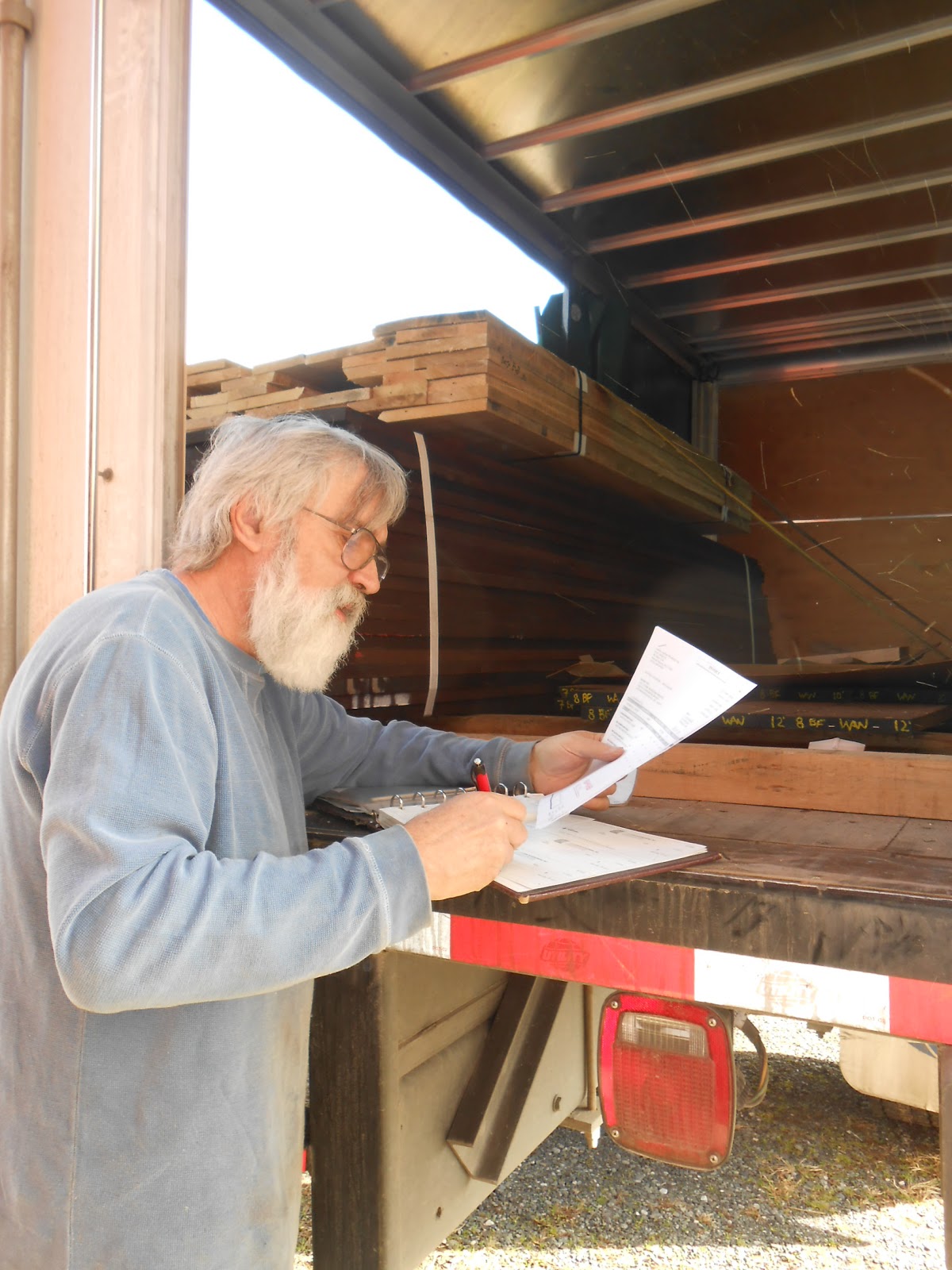 Finally, the day was winding down. I felt it was only fitting to capture of picture of Jeff paying the bill for our lumber. I know it hurts to write a check so big but, I also know how happy a room full of students will be to receive those boards in a few weeks from now.

So, I survived my first lumber delivery. My arms have been reminding me of that for two days as they have been consistently aching. And, I can't reach the top shelf in my kitchen because the muscles decided they don't want to extend so far. I have high hopes that they will change their mind in a couple of days. Until then, I thought I would try to stick to small jobs and catching up my blog. I thought wrong. In my next post, you'll read about how we cut slabs from a fallen Revolutionary War, cemetery tree.