Summer is in full swing, kids. I know, I know, summer "officially" starts this weekend; It's been over 80 degrees for over a week and that means it's summer, I don't care what anyone says. 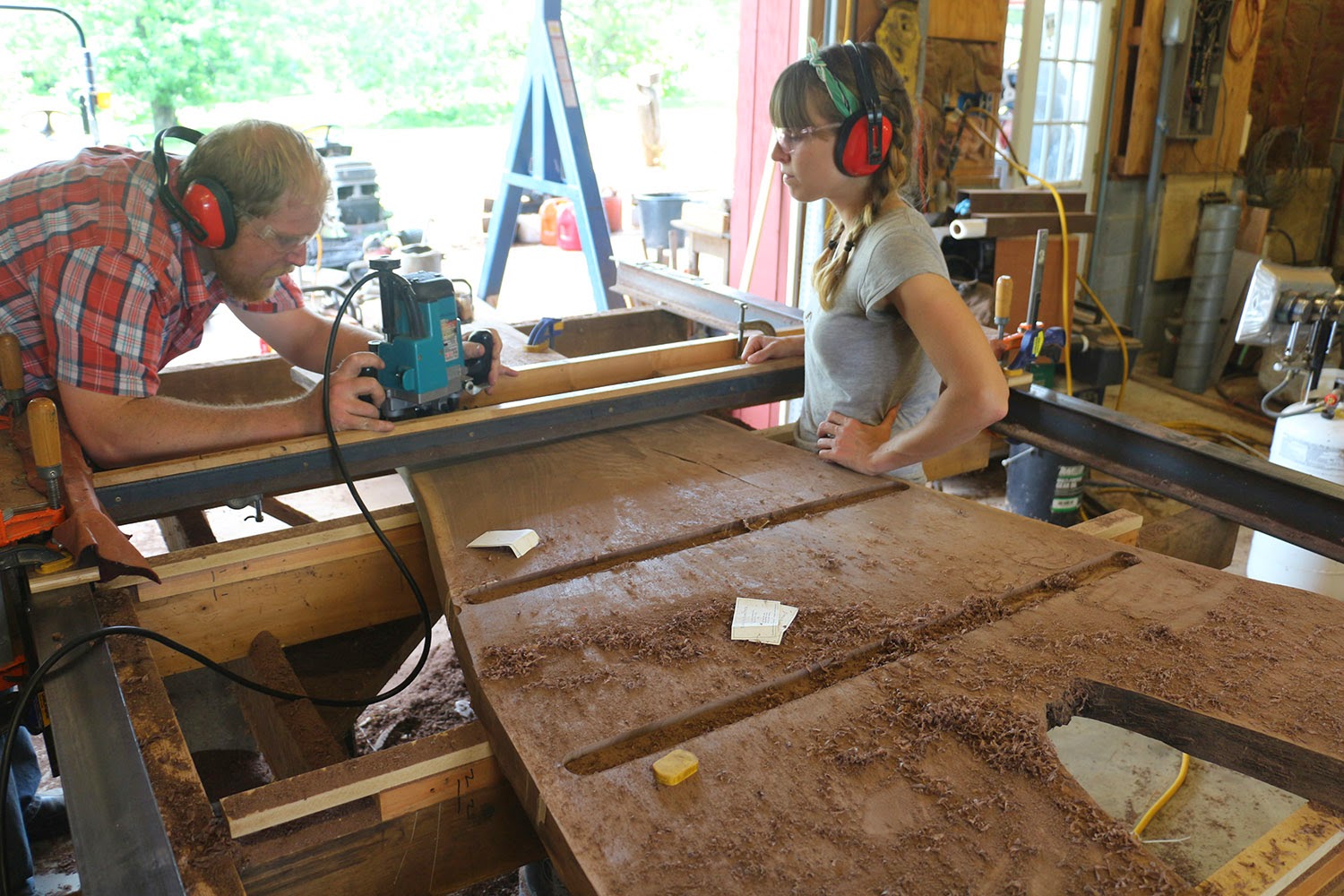 As summer begins, we at the Lohr Woodworking Studio have our eye on Labor Day weekend. Why? Because it's Long's Park Art & Craft Festival and we're going to be there with bells on! The past few weeks we have been hard at work on a new, collaborative project to bring with us to the show. The piece is well on it's way
to being a live edge walnut desk (that I wish I could keep for myself because it's awesome). The walnut slab was the result of Jeff bidding (and winning) the flitch at a charity auction held at Hearne Hardwoods. The proceeds from the sale went to support the Moringa Community Project- a non-profit organization started by Jeff and Linda in 2008 in Ghana where they (with the help of their African project director, Abu) built a woodworking school and taught sustainability via food preservation. 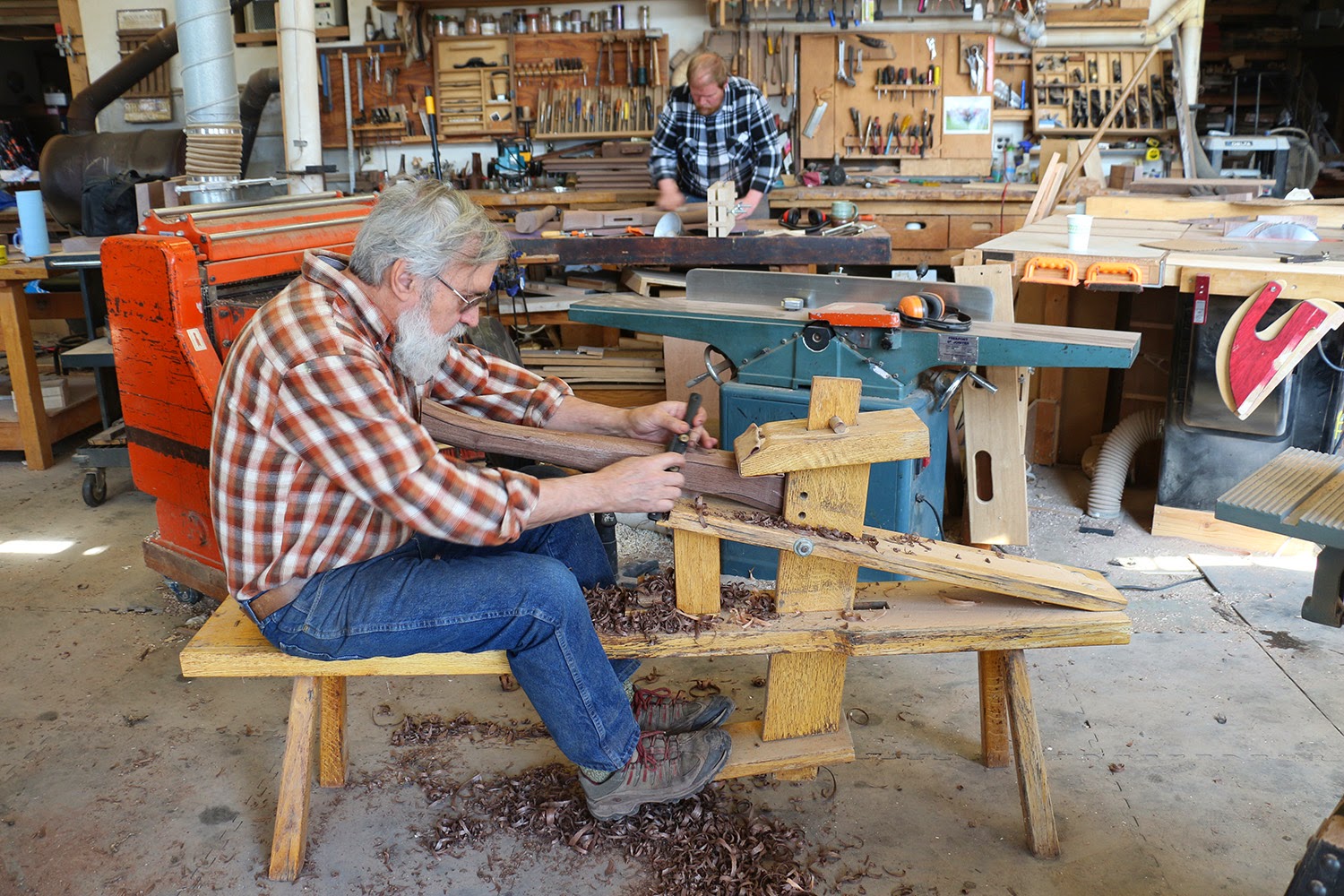 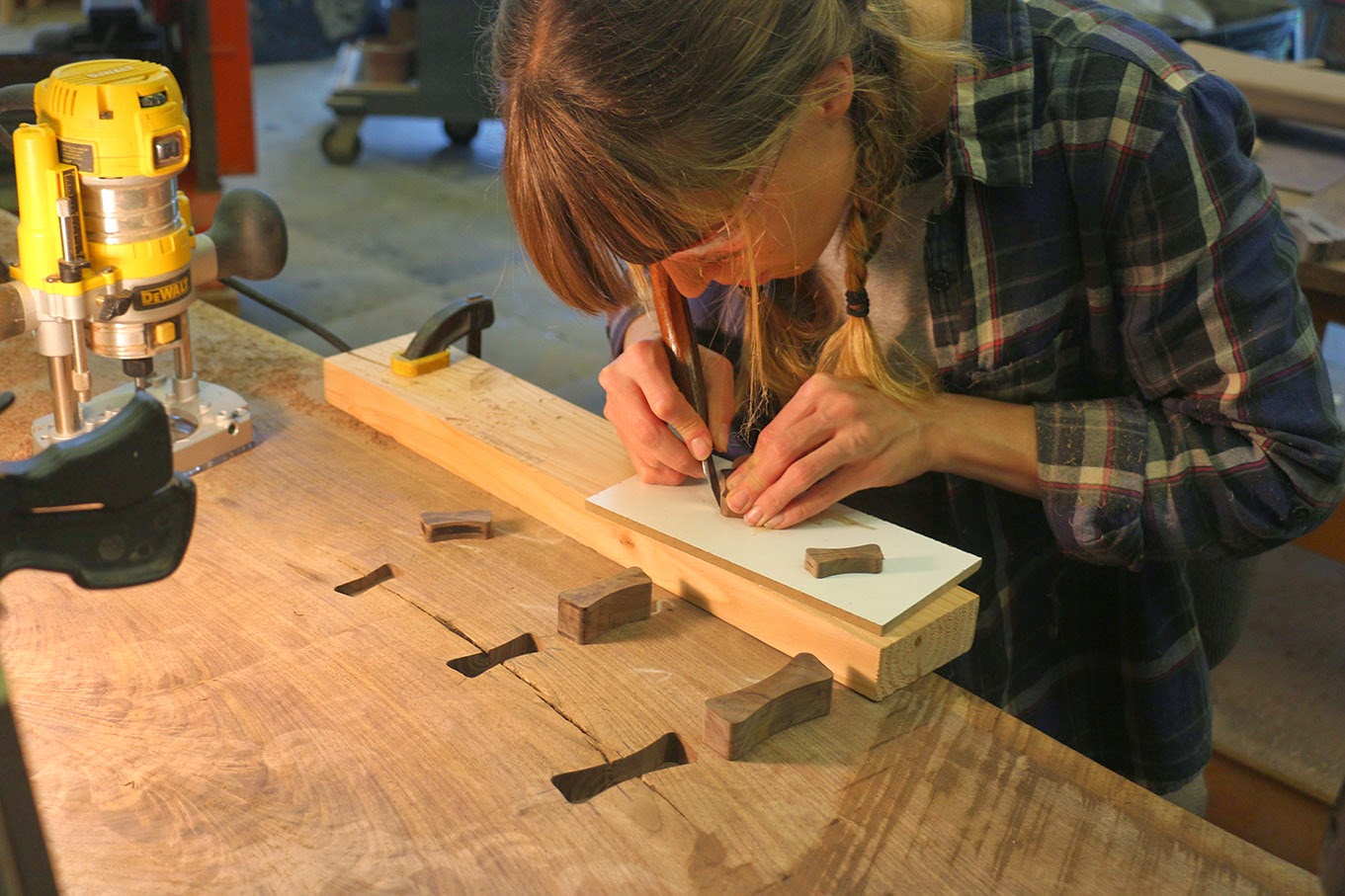 Jeff designed the overall plan for the desk and as the development began, we were each put in charge of different aspects in order to make it a collaborative project. Jeff took command of the trestle base of the desk. He hand sculpted the legs on the shaving horse and incorporated a flowing, curvy aesthetic to marry with the live edge of the walnut table top. With the legs at an angle, I can attest that every aspect of this base took careful planning and execution to fit together perfectly- there was some careful routing and chiseling involved. 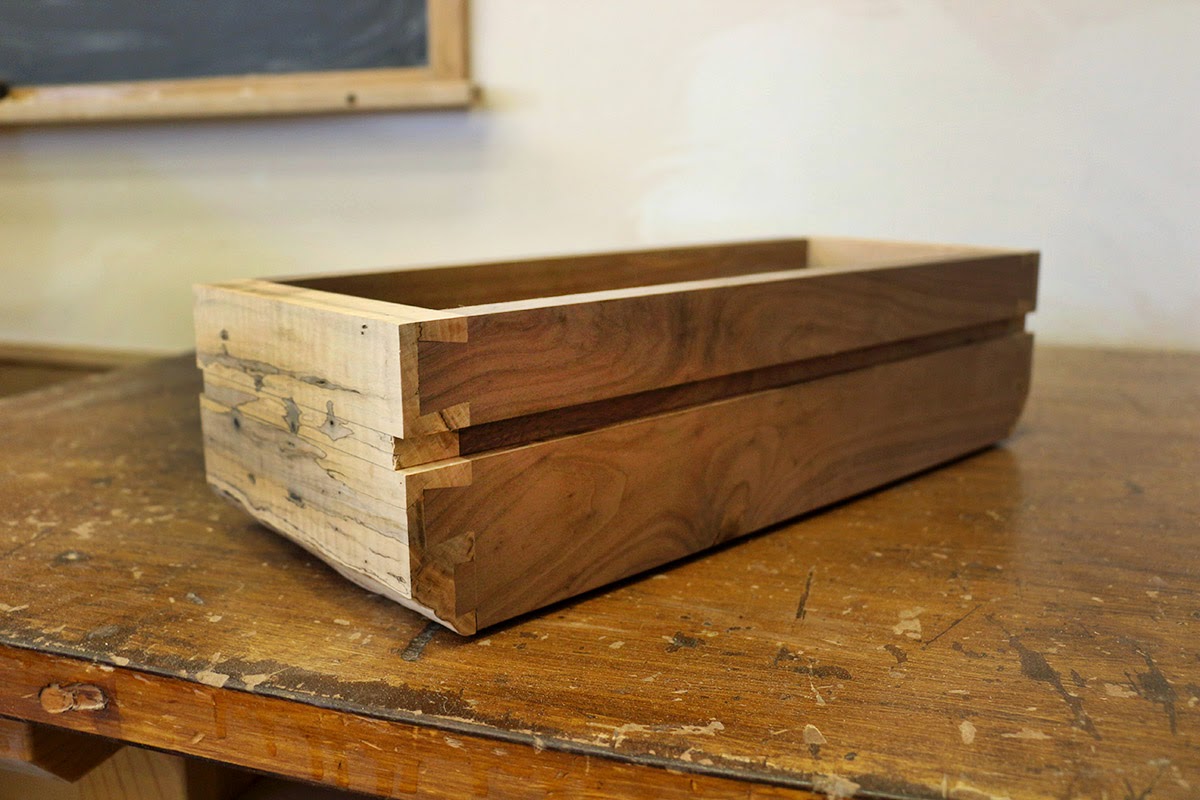 I was assigned to dovetail bones to be inlaid into the top surface anywhere there were crack, splits, or voids that needed repair. I was in charge of designing and making the shapes and sizes, picking their placement, and finally inlaying the bones; And, the apprentice steps up to the plate! I made twelve bones. As per usual, they were bandsawed to rough shape, fine-tuned with sanding drums on the drill press, double-face taped in their place on the table top, and traced with a marking knife. The high-anxiety came with having to carefully router out the shape of each unique bone as perfectly as possible. And, finally, they were glued in with epoxy and sanded down level with the surface.


Rob was assigned drawer construction. As usual, he killed it with the dovetails. The design of the base calls for the drawers to be able to be pulled through from either side of the desk so he crafted double live edge fronted drawers. There, of course, is a curve to the natural live edge drawer front, and he did a stellar job of making some dovetails to accommodate. The longer, wider drawer is even more impressive but you'll have to wait for the finished desk photos for those! 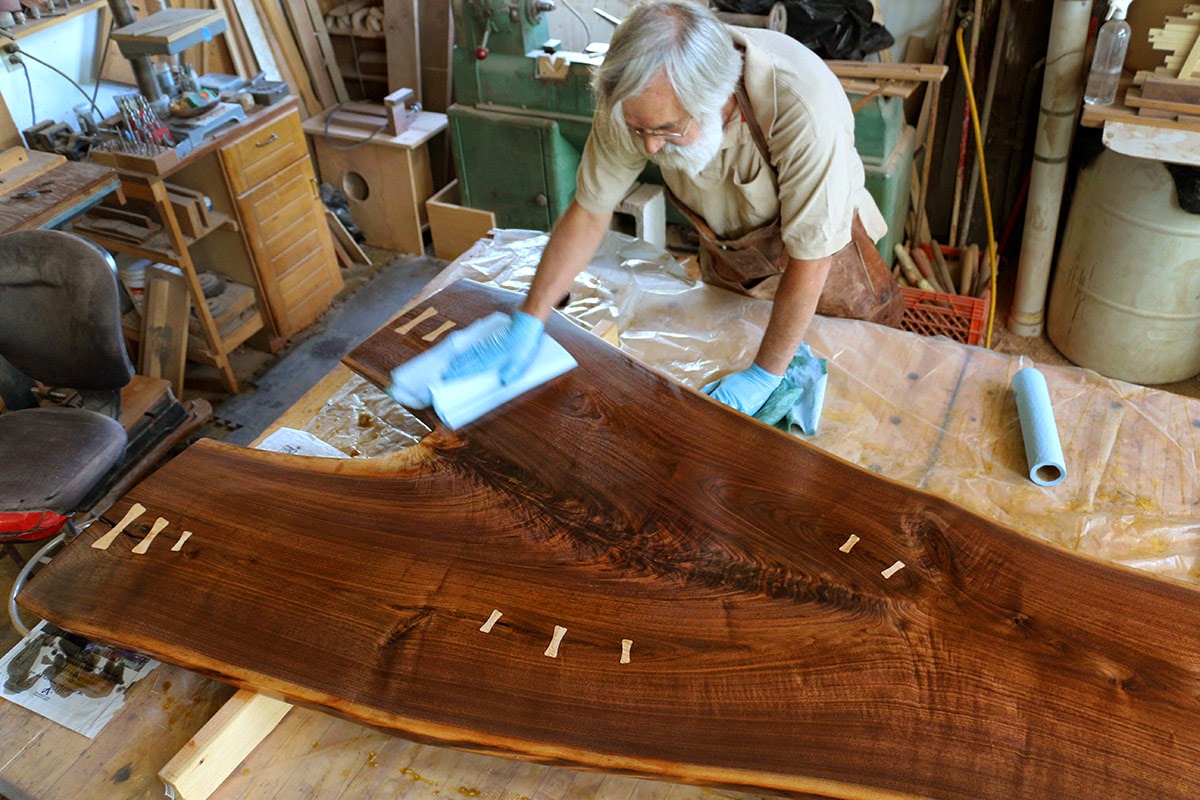 Today was the big day- boiled linseed oil the desktop day. Between the figure in the crotch, and the pop of the maple bones against the walnut, the application of the oil was just as exciting as we anticipated. These are the moments we look forward to throughout the whole process.

We break on desk construction for a Practical Woodworking class next week but, check back for updates as we near completion on this beaut! Happy Friday to all.
Posted by Unknown at 3:41 PM No comments: